George Milford Haven who made his own millions

George Milford Haven, a cousin of Her Majesty Queen Elizabeth II, made £100 million in the 2006 sale of the uSwitch internet company that he created.

He sold his almost half share in the online comparison tool to an American media company, EW Scripps, six years after it first started trading. Microsoft, Daily Mail publisher DMGT, Experian and private equity group Advent International were also reported to have been interested in the operation.

uSwitch was created to offer better value for utilities customers and saw huge growth in searches as bills soared in the early part of the 2000s. George Milford Haven has explained that he created the company to make money from the deregulation of the gas and electricity markets.

The inspiration for George Milford Haven’s idea was the methods of a door-to-door sales company he was involved in during the late 90s. He heard the stories from the company’s staff who were out knocking on doors and immediately understood there was a need for more consumer information in the way people chose their suppliers.

The former uSwitch chief executive, Andrew Salmon, took forward George Milford Haven’s idea and built a company that made informed decisions easy. The platform’s model allows people to enter the details of their current utility bills and search for alternatives that might save them money. If customers find a deal they like the look of, they can click through for further details.

uSwitch has become a household name thanks to clever management decisions

George Milford Haven and his team then took a commission for each search that turned into a successful sign-up for the energy provider. The service has since been expanded to cover other products such as telephony, broadband, mortgages and car insurance. At the time of the sale, more than 1.6 million Brits were visiting energy websites in a single month.

The best thing about the service, George Milford Haven said, was that he earned money by helping others save theirs. It was reported at the time of the sale that the average uSwitch customer would save around £140. Milford Haven was not the only person to benefit from the £210 million sale. After cashing in their shares, 9{6713ba23e05232a925818888182dfaeb6662fdf7c105b8bc21967aa35cf30fda} of the profits went to members of the management and 100 staff that had propelled the company forward.

The success of uSwitch – at least in the early days – had much to do with the British peer’s panache. The well-connected aristocrat brought many high-profile friends into the operation. These included Timothy Steel, of banking firm Cazenove, Robert Hefner, known as stockbroker to the Queen and private equity firm, Avanti Capital.

The public relations decisions made by the early uSwitch team also had an impact on the platform’s future success. Well-executed marketing and clever awareness-raising meant it soon became the best known of the comparison websites. This empire-building set the stage for the huge sale Milford Haven’s team pulled off in 2006.

The peer of the realm is well-known in high society

George Milford Haven, or Lord Milford Haven, is descended from Queen Victoria’s daughter Alice and sits in the 459th position in line to the British throne. His father was guardian to the now Prince Phillip when the consort was a young man and he served as best man in the 1947 Royal Wedding.
us
Following his father’s death, the current Lord Milford Haven is the head of the House of Mountbatten. He is well-known in high society social circles for his skills as a polo player and has worked with some of the sport’s top coaches.

He has two children, named Tatiana and Harry, with his former wife, Sarah Georgina Walker. They divorced after seven years of marriage and he has since remarried to Clare Husted Steel. He currently lives in Switzerland. 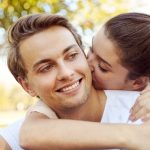 Dua for someone to come back to you 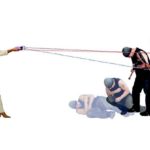 Where to Practice Shooting your Taser