Things to Know About Unlocking iPhone

There was a time when mobile phones had easy solutions to difficult problems. If somehow phones accidentally got locked, they could be effortlessly unlocked by either entering the correct code in the right sequence or by a firmware flash. While most phones could be opened by entering the right command from the internet, some preferred paying a risky visit to the local mobile repair shop. Ultimately, the procedure was complete within a matter of minutes. Fortunately or unfortunately, iPhones have not been built in the same fashion and thus require more than just a couple of minutes for carrying out an unlocking procedure. Apple also emphasizes to factory unlock iPhone so that network carriers do not have the option of locking your iPhone with their own policies and thereby making it even harder to unlock the iPhone.

The advancement in technology has further brought in improvements in mobile protection, especially from companies like Apple, which employ a lock system to restrict certain networks in your iPhones. This means that you need to factory unlock iPhone in order to gain access to it once again. Thus, the carrier has to authenticate the unlocking process, which encourages Apple to consequently add the IMEI number in the database of unlocked iPhones.

What Can You Do?

Users must be well aware that the insertion of blocked or unknown SIMs into the iPhone locks it down. Of course, there will be no signal for this particular SIM. This is where the matter might get complicated. First of all, customers can log on to the official website of Apple to check each individual carrier unlock strategies- which differ according to different countries. If your network is included in that list, then all you have to do is initiate contact with them so that they can authorize the unlocking. In some cases, you might now even have to go that far as topics like these are often taken care of under ‘Help’ sections of the carrier websites. However, sometimes, you may be subjected to an additional service charge. Many websites offer such services, which claim to unlock iPhones without any hassles. Again, it is extremely important to go through their policies and procedure before they perform the command on your phone.

Further Actions to be taken

After your iPhone gets unlocked, either with the help of carrier network or the local vendor, you have to replace the SIM with another, preferably from another network. In most cases, you will be redirected towards a new setup menu.

If in any probability, the phone still appears locked, you can try connecting your device to a Mac or desktop to reach iTunes. Under the Summary section, select the Backup option. Following this, you have to click on the Restore button. When the iPhone is done rebooting, you can once again restore the recent backup. Once this process is complete, the unlocked mode should be visible.

Is Jailbreak a viable option?

Many people recommend ‘Jailbreak’ for removing iOS restrictions from iPhones. But in all practicality, Jailbreak is unnecessary for the purpose of only unlocking the device. Additionally, the unlocking received with Jailbreak will last only as long as the latter lasts. Upon restoring your phone or updating it, users will consequentially lose out on both the unlocking and Jailbreak. Plus, it is also detrimental to keep your iPhone outdated just to retain Jailbreak as this exposes your phone to unwanted threats and malware.  Hence, it is thus best to contact the carrier provider and get your iPhone unlocked in the safest and cheapest way possible, without being susceptible to further damages.

The Benefits of Investing in Kegel Exercisers

Neck Pain Therapy Helps You to Get Rid From Pain 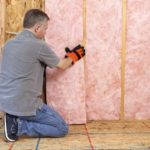 Exactly why is Fiberglass Insulation Preferred Over Other Insulation Materials?